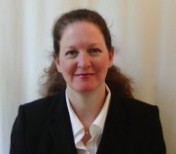 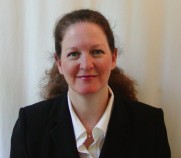 I have lived in the same home in Cheverly for the past 19 years with my husband, Ed Terry, and my two dogs and cats.  I grew-up in a large family and learned the values of fairness, forgiveness and accommodation.

I have been on the ballot before.  In 2008 I was a candidate for Democratic National Convention Delegate pledged to President Obama.  I was honored to receive 83,562 votes from this District to send me to the Denver Convention.

After his election in 2006, Governor O'Malley asked me to serve on his Juvenile Services Transition Team because of my work with Prince George's County's Safe Passages program and Baltimore's Mountain Manor Juvenile Treatment Center.

Currently as a volunteer, I teach therapeutic horseback riding to special needs students at the Prince George's Equestrian Center in Upper Marlboro.  This is a very rewarding endeavor and I will continue to donate my time at this facility.  (Click here to learn more about this organization called PETS.)

I also serve in a volunteer capacity as Vice-Chair of the Board of Directors of Joe's Movement Emporium in Mt. Rainier.  Joe's is a community performing arts center serving a vital role in central Prince George's County.  (I invite you to visit Joe's and experience the creativity that exists there.)

During the past three sessions of the Maryland General Assembly, I have been employed as a Legislative Aide.  It was in this job I became intimately familiar with the inner working of the House of Delegates and this experience cemented the idea that I could excel as a Delegate.  I was lucky enough to learn from two great female legislators from our District - Senator Gwen Britt and Delegate Jolene Ivey.

Previously to my work in Annapolis, I was the Mid-Atlantic Sales Manager for a Vermont organic pie company created by one of the founders of Ben & Jerry's.  To be successful at selling bulk products to grocery stores and distributors takes finesse and insight.  Those skills are perfect for working with fellow legislators to craft legislation advantageous for our District.

I have had a long successful career in sales and promotion holding jobs with Congressional Quarterly, National Journal and Comtex News Network.

I am a founding and current member of Progressive Cheverly and I am currently on the Board of Mount Rainier's Joe's Movement Emporium.

I am also a member of Eleanor and Franklin Roosevelt Democratic Club, Maryland Democratic Women's Leadership Network, Democracy for Maryland, American Riding Instructors Association, North American Riding for the Handicapped Association and the National Society for Training and Development.

I have also been a mentor with and advocate for Safe Passages, a Prince George's County juvenile offender development program.